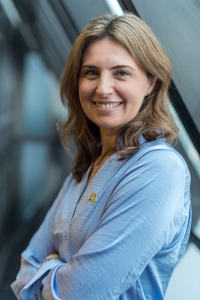 Claudia Lipert has been serving as Executive Director of BTCC since the beginning of 2021. As ED, her primary responsibilities are overseeing the chamber’s operations, including supervising the work of volunteers, prospecting new members, communications, and managing events. She is one of  BTCC’s founding members and is part of the current Board of Directors. Prior to her ED position she was the Director of Events, where she organized, among other events, two Brazilian National Days for more than 300 guests. Claudia brings her expertise in non-profit organizations from her volunteer work at the Brazil-California Chamber of Commerce (BCCC) from 2010-2015, where she served in the Bord of Directors and Marketing and Communications. Claudia has also volunteered at the Latin-American Chamber of Commerce (LATAMCHAM) in Singapore from 2016-2017, where she was the liaison between the chamber and the Brazilian companies established in the city-state.

Prior to her work in chambers of commerce, Claudia has worked as a print and digital media sales executive for renowned media organizations such as Grupo Rede Brasil Sul (RBS) at Zero Hora newspaper in southern Brazil and at the Los Angeles Times Media Group in southern California. Claudia holds a bachelors’ degree in Communications – Advertising from the Pontificia Universidade Catolica do Rio Grande do Sul (PUC-RS) and a post-graduate degree in Marketing from Escola Superior de Propaganda e Marketing (ESPM-RS).

Claudia has been living in Southeast Asia since 2016. She currently lives in Bangkok with her husband, her two teenagers Jack and Emma, and their Thai dog Polly.